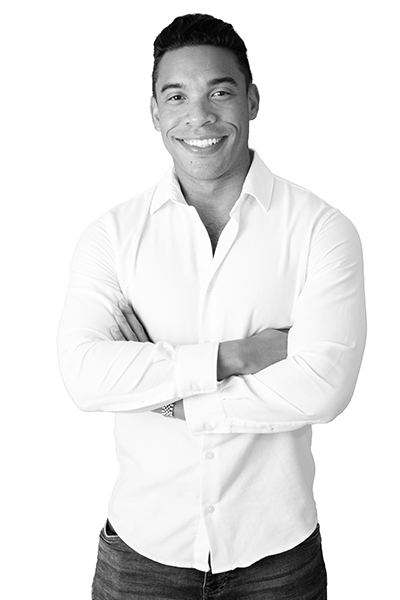 Gino and Boudino co-founded Profound’s offshoot agency Skempi, and Gino has been a Managing Director at Profound since 2016. He has played a critical role in our enormous growth and later entry into international markets in the years that followed, always providing his signature helicopter view on our different activities to maximize our services. He has also been a key factor in the expansion of our organizational culture, having launched a series of thought-proviking courses through the Profound Academy initiative. These courses help sharpen the minds of Profound employees, which elevates their work performance.

Gino attended Erasmus University Rotterdam in the Netherlands, where he obtained his bachelor’s degree in International Business Management and immediately thereafter his master’s degree in Strategic Management, where he graduated magna cum laude. During his time in the Netherlands, he displayed his talent for leadership and ambitious mindset as he climbed the corporate ladder at the Dutch asset management firm Robeco. There, he rose from sales agent to several management positions in a span of just four years. In 2012, Gino returned to his native island Curaçao, where he worked as a Senior Consultant at Bearingpoint Caribbean and later as Commercial Director at the local insurance firm, Extura.