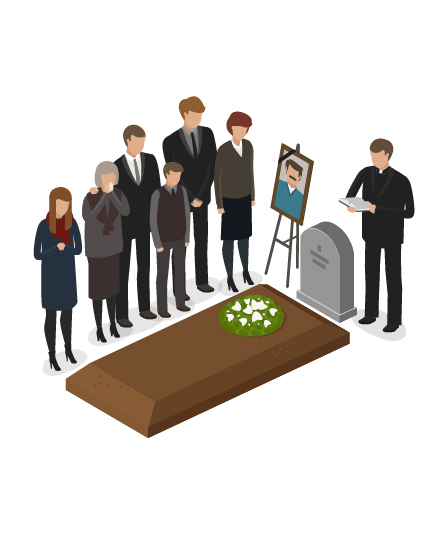 Over the next few decades, the amount of Facebook profiles with deceased users will continue to increase exponentially. Thousands of people pass away on the social media platform every day and estimates indicate that by 2060 dead Facebook users will outnumber living ones.

This all begs the question: What happens to our online data after we die? It’s a question we hardly ever stop to consider. Either because we’re so busy producing that online data or because it, understandably, irks us. But in this digital age, it really should cross our minds more often. Passing away without a plan in place for your online accounts could namely have disastrous effects.

Facebook’s policies in this arena — and the difficulties they have caused — are a prime example of this. Though the social media giant has become the world’s largest memorial site for the dead, their policy of memorializing user profiles of the deceased has been particularly troublesome. Once a user profile has been memorialized it namely blocks anyone from accessing it. There have been several instances in which this caused consternation for families who wanted to access the profiles of their lost loved ones.

The reasons have ranged from wanting to ascertain whether the death was suicide to wanting to publish the status updates of the deceased in a book. In all instances, Facebook turned a deaf ear to the families’ calls for access. Though they have recently made attempts to become more lenient with this policy — Facebook users have recently been given the option to designate a “legacy contact” who can manage or delete their profile after their death — personalization options remain limited. And this is rather unseemly in a process as personal as grief.

And then, of course, there is the issue of passwords. When a person passes away several online accounts need to be closed — such as social media accounts, subscription services, or any accounts that are paid for like Amazon or Netflix — lest they get hacked. Personal files, photos, videos, and other content they’ve created also need to be deleted from their computer and hard drives. To do this, the person in charge of handling these tasks needs up-to-date passwords. And many have run into trouble because a loved one did not have the foresight to get their passwords in order before his or her death.

There are digital services to comfort bereaved families

While a person has practical matters to consider for after he or she has passed on, a host of companies have launched apps that provide sentimental services aimed at comforting families after their loss. These apps give users options to plan their online afterlives. This can take the form of services that schedule messages to be posted or sent to friends and family posthumously on social media platforms and services that notify friends and family of a person’s death with a message written by that person. It even includes AI chatbots that can imitate a person’s speech for those they leave behind.

Cemeteries have also become territories for digital services. In Japan and Korea, for example, there are now digital tombstones equipped with QR codes — the square digital barcode that can be scanned with a smartphone. A scan of these codes lets visitors listen to the departed’s favorite songs, watch their favorite movies, see their favorite quotes, etcetera. And in the U.S. there are also many companies that put QR codes on headstones that link cemetery visitors to memorial websites and other information about the deceased.

So what happens to our online data after we die? As Facebook has shown us, that isn’t entirely up to us. But that doesn’t mean that we are completely powerless. Issues with passwords and online accounts also show us that it remains important to make plans for our digital legacy. Because at the end of the day, we want our loved ones to remember us for the great things we did, not the things we forgot to do.