Voice Experiences Will Be The Next Best Experience 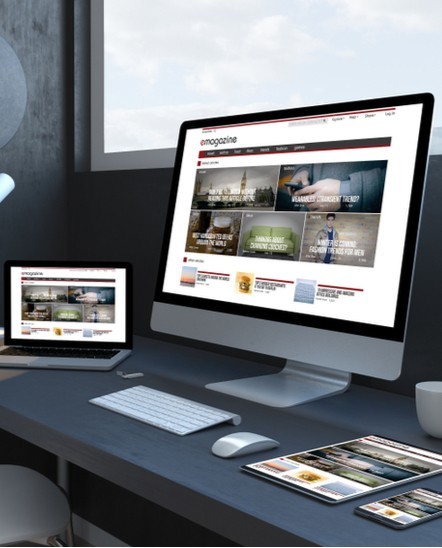 The World Wide Web has been around for almost 30 years now (feel old yet, 90s kids?). So as you may have assumed, a couple of things have changed since the beginning of this digital tale. For starters, websites have become a bit more exciting to look at. Have you ever had a look at the first website ever made? Well, it contained nothing but hyperlinked text. A carnivalesque feast for the eyes if ever there was one.

But things have progressively evolved since then through a series of trends, each more impactful than the next. We now take a look at the ones that have had the most impact on the way users interact with websites in the past 30 years, interspersed with glimpses into past versions of popular websites:

In the late 1990s a software platform called Flash was developed. This was a giant leap forward at the time as it allowed designers to blend music, video and animation into websites. Before this came along, although more design components had already begun to be developed and designers had started fusing graphics into web designs and using tables to arrange the text, everything was very basic.

You see, in order to see the magic show users namely had to always have the latest Flash plugin installed on their computers and that was quite the onerous task. So this made many websites unusable and inaccessible. So Flash’s 15 seconds of fame were up and it got the boot. But despite its short turn in the web design rotation, Flash did have an impact. It made people’s web browsing behavior more sophisticated and website designs shifted accordingly, effectively changing the way websites were designed and used forever.

Aside from its ubiquitous reach into everyday life, social media has also brought about a shift in the web design world itself as it generated a need for more flexibility in this sphere which led to the creation of Cascading Style Sheets (CSS). The idea behind its creation was to separate the content (HTML) of websites from the presentation (CSS).

In essence CSS made the web designers’ job a little easier. It was namely used to define particular styles, such as larger font sizes for sub-headings, across multiple pages of a single website. This meant they didn’t have to spend time coding each element individually, saving them some time. The creation of CSS also unleashed a slew of website design templates onto the world which made it possible for a lot of people to design their own website. But this wasn’t necessarily a good thing, more often than not the results were lackluster.

In 2010 a new web design approach called responsive web design was created by Ethan Marcotte. This introduced a different way of using HTML and CSS; now a single website could adjust to different environments, meaning it could be used on different devices. It goes without saying that this was quite the game-changer.

And this in turn led to flat design, the latest web design trend that still reigns supreme today. Ironically, this trend champions the same cut-to-the-chase, minimalistic style that got the World Wide Web started in the first place, placing an emphasis on content while going light on all the bells and whistles.

What Can We Expect Moving Forward?

So in conclusion, even though the world of web design has been immersed in one trend for close to a decade, this fluid landscape is highly susceptible to shifts in paradigm that can take place at the drop of a hat, just as it did in the 1990s and 2000s. Thus we need to keep our eyes peeled because the next groundbreaking web trend could be right around the corner.

Stock capture images for this article found at  http://info.cern.ch/ and http://web.archive.org/