The Future Of Social Media Lies In China

The Machine Learning Revolution And What It Means For Your Business

E-commerce: Is It The Future?

The Future Of Social Media Lies In China 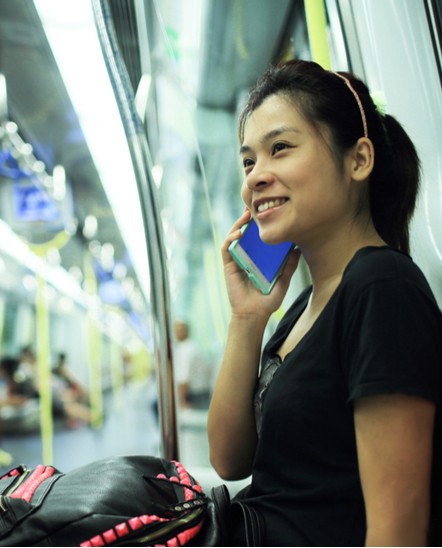 Believe it or not China – that walled off digital fortress in the East – is actually shaping what the future holds for Twitter tweets, Instagram models and Facebook pages of North America and Europe. How? Well before we answer that, let’s touch on what internet activity entails in the communist nation – the fact that it is a communist state namely plays a critical role in this story.

You see, the Chinese government keeps the public sealed off from any foreign website or app it feels may wander from its control. So there is no Twitter, Facebook, YouTube or Google over there. Or is there?

China didn’t get a reputation as the Valhalla of cheap rip-offs for nothing, you know. And when it comes to cyberspace, it did not disappoint. A generation of monumental copycat internet institutions shot out of the ground like mushrooms. Google was substituted by Baidu, YouTube by Youku and Twitter (and somewhat Facebook) by Sina Weibo. And the list goes on and on; just name the web company and you can rest assured it was adopted and given Chinese characteristics.

For the longest time Western tech companies looked down on these Chinese creations as nothing more than lesser imitations. But in recent years those tech companies have started changing their attitudes towards them because their technology has developed to a level of sophistication that has become well up to par with that of their original counterparts. In some respects, they even overshadow them and now the tech companies in the USA and Europe are taking notes and looking to do some adopting of their own.

And the Chinese social media concoction that has most captivated them is without question the super app WeChat. It is basically WhatsApp, Skype, Facebook, Instagram and Tinder, among other things, all rolled into one. But it also has other services that countries in the West have not even developed apps for yet, such as hospital booking systems and investment services.

But its draw lies not in the variety of its platforms, but rather in the fact that all those platforms are all contained in one place. Could you imagine if a company in the USA, for example, were to develop its equivalent of WeChat and a social media post went viral on there? No corner in the world would be immune to its reach.

So how does WeChat work? Well imagine this story; One morning Susy is working from her apartment and decides to relax on the couch for a bit with her dog. All of the sudden she realizes the dog needs a bath. She hits a few buttons on WeChat and finds a dog washing company which she hires and they send a dog washer to her apartment within the hour. The dog washer does a great job cleaning the pooch and she takes a picture of his handiwork and shares it with her friends, tagging the dog washing company (all in the app).

One of those friends, Becky, who just happens to be bored at work and in need of a distraction, checks out WeChat and sees the photo. It occurs to her that her dog could use some shampooing too. She clicks on the tag and hires the same company. She instantly pays for the service through the app (yes, WeChat has that function too). Meanwhile neither Susy nor Becky have left the app and are gabbing away on there. Becky thanks Susy for the tip and gives her a restaurant recommendation. They decide to take a cab there for lunch.

That restaurant also uses WeChat to facilitate an ordering service which allows people to pre-order their food. Becky uses that service to order the food and Susy uses the app to hail a cab. Becky in turn pays for their meals right away. When they reach the restaurant, the app notifies the kitchen they’ve arrived using Becky’s WeChat profile picture to identify her. She and Susy get their lunch in no time.

While they’re eating their food, Susy remembers she still owes Becky money for having paid for her meal so she transfers the money over to her bank account. All on the app. So there you have it, Becky, Susy, the dog washing company, the restaurant, the taxi cab, all benefiting from WeChat. All of the sudden it’s not just images and videos that are going viral, but workaday services as well.

But of course there is a catch, this all means that the app keeps track of pretty much everything you do; who you talk to, what you say to that person, where you go, why you went there, what you paid. Now, in China the government openly takes liberties with this information to stalk its citizens. But with what we know about Edward Snowden, Chelsea Manning and Julian Assange, can we be so certain we won’t pay for technological progress with our privacy here in the West as well?