Should We Be Afraid Of Biohacking?

Starlink Will Change The Internet Forever

A Revolutionary Digital Insurance Platform In The Caribbean

Should We Be Afraid Of Biohacking? 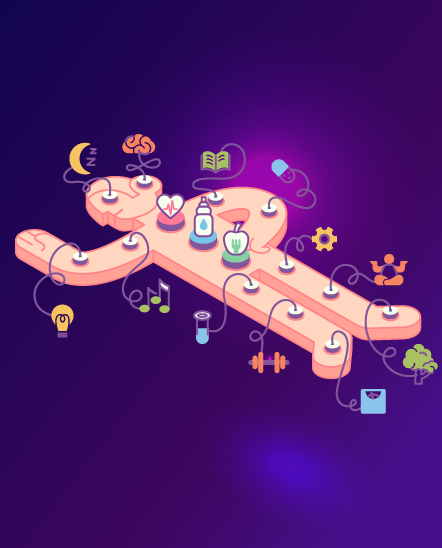 Are you ready for an upgrade?

Possessing all the power and divinity in the world, Prometheus looked down on the human world, which was granted nothing. His love for humans moved him to defy the Gods and Zeus by stealing their fire and giving it to them. As a result, Prometheus bestowed the humans with three gifts; fire, education, and forward-thinking, effectively changing the future by giving something back. Zeus punished Prometheus for his action but eventually, Hercules, the son of Zeus, saves him.

The myth of Prometheus is strongly intertwined with our current notions and imagery of technology. However, the efforts to improve humankind could also result in a tragedy. Technology can be interpreted as the fire that Prometheus stole, intended to improve humans’ lives significantly. The act of Prometheus symbolizes the concept of forward-thinking as a human state of rebellion, curiosity, and of exceeding our natural limitations. Even if this means taking part in the transformation of our biology.

Success breeds ambition and recent achievements have prompted humans to set even bolder goals to improve people’s lives. We live in extraordinary times, and chances are we will experience the human race’s radical transformation. Humans may have many reasons to desire such an upgrade and many ways to achieve it, and that is where biohacking comes in.

“Biohacking is a part of this transformation, and chances are you already are a biohacker.”

So what is Biohacking? (Playing God in your garage)

The term biohacking may sound intimidating and perhaps bring to mind images of a Sci-Fi world and not the real world. But guess what? There is a chance you already include some biohacks into your daily routine. So if you have ever looked at ways to improve your gym performance, your sleep, tried to increase your attention span, drinking coffee, or tried intermittent fasting, you have engaged in biohacking.

The desire to feel better, something we all can relate to, is at the root of this practice. And also the curiosity to see how far we can push the human body. Biohacking, also known as Do-it-yourself (DIY) biology comes in various forms and can be best described as upgrading your body through biology and technology. The idea behind this is that we need to provide better input to our bodies for better output from them (less stress and better memory and productivity).

It can range from chips implanted in your body to mindfulness. People have been doing some of these biohacks for centuries; think, for example, of meditation. The latter is an example of a less intrusive biohack to your body.

But then there are some of the more radical biohacks; a subgroup of biohackers called grinders. They are going as far as implanting microchips in their bodies and experiment on them in their garage or basement outside traditional labs and institutions. They are deeply curious about blurring the line between humans and machines. And they are gaining the most media attention  — Netflix has already introduced a few series about these types of biohackers.

Implanting microchips is an example of embedded implants and this is not an entirely new concept; think of our reliance on the contact lens, hearing aids, and bionic knees.

Also, implants allow biohackers to do a lot, from storing “Bitcoin” — under their skin with an NFC chip — to starting a Tesla with an implanted chip instead of a key.

One step further in biohacking is discussed by Yuval Noah Harari in his book Homo Deus. Humans are making a serious bid for longevity and immortality, and in seeking these goals, they are upgrading themselves into humans plus. This means that we may possibly be looking at the last days of aging and even death. The latter is one of the more ambitious types of biohacking, and a prime example of this is genetic engineering — the direct manipulation of genes with the potential to reshape humanity. According to Harari, extreme biohacking needs regulation and a critical debate due to its profound impact on humankind.

The myth of Prometheus’s theft of the first great technology and the resultant tragedy is a lesson to humankind; technology can provide humans with all these possibilities to reshape and create but it can also cause harm even when using it with the best intentions.

Biohacking raises many ethical questions because of the related enhancement of human bodies and the possibility of immortality. We may create unintentionally a society where humans will feel the pressure to alter their biology because, without this biohack, they will have an immense disadvantage in their personal or professional lives compared to biohackers or so-called superhumans.

So, if biohackers are playing God, do they even care what other people think? They have namely shown that they will not wait patiently for natural selection to work its magic. The story of Prometheus is a reflection of humanity: rebellious, curious, and capable of confronting the new, which is why we will not stop enhancing the human body.

But there is no reason to panic, upgrading humans will be a step-by-step process rather than a Hollywood apocalypse.

Meanwhile, we can continue binge-watching Netflix series such as Biohackers, Black Mirror, and Unnatural Selection. But preferably with biohacks such as a cup of coffee or a green smoothie!