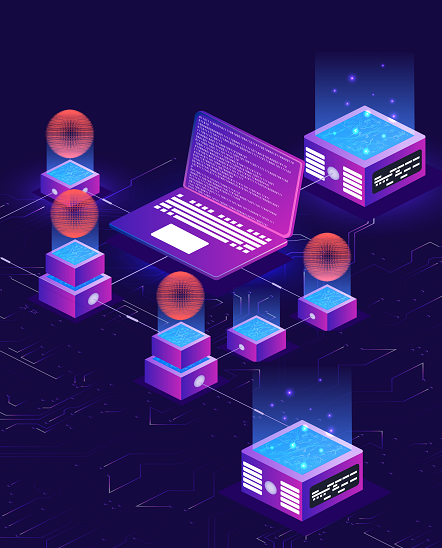 In September of 2019, the world was set aflame with the news that Google had accomplished what it dubbed as ‘quantum supremacy.’ In layman’s terms, this means that one of their quantum computers outperformed a traditional computer in a task they had set it. Why should you care about this? For one thing, it has seismically profound implications for the future. Quantum computing could namely bring a transformation to the world of medicine, revolutionize the fields of communication and artificial intelligence, and, says the chief scientist for quantum computing theory at Google, possibly even tackle climate change (although that is a very remote possibility).

It almost sounds like a magic formula poised to cure the world of all its ills. But not so fast. Quantum computing namely has many challenging qualities that many of the world’s leading scientists are still far from getting under control. But before we delve any further into the matter, let us first answer a basic question.

What is quantum computing?

To explain how quantum computers work, we must first understand the basics of ordinary computers. An ordinary computer chip uses bits that are like tiny switches. They can either be in the off position, represented by a zero, or in the on position, represented by a one. Every website you visit, photograph you take, and app you use is ultimately made up of millions of these bits.

When given a spectrum of possible pathways to reach a desired destination, a traditional computer will go down each path and rule each out one by one until it finds the right one while a quantum computer goes down every path at once.

And because bits are so small, you rarely work with information one bit at a time. Bits are usually assembled into a group of eight to form a byte. A byte contains enough information to store a single ASCII character, which is what we know as a letter. A kilobyte (KB) is 1,024 bytes – not one thousand bytes, as might be expected – because computers use binary (base two) math, instead of a decimal (base ten) system.

This system works great for most things, but it doesn’t reflect the way nature works. In nature – on which the fields of physics, chemistry, and biology are based – things are uncertain, and even our best supercomputers aren’t very good at dealing with uncertainty. Thus for scientists to make accurate simulations in scientific fields that have a nature-based dynamic, they need machines that are not flustered by recurring unpredictability. Enter, quantum computers.

Instead of bits, quantum computers use qubits (a portmanteau of ‘quantum bits’). Rather than just being on or off, qubits can also be in what is called ‘superposition.’ This means that they are both on and off at the same time, or somewhere between the two. This, in turn, means that qubits allow for uncertainty. When given a spectrum of possible pathways to reach a desired destination, a traditional computer will go down each path and rule each out one by one until it finds the right one while a quantum computer goes down every path at once. This ability makes them quite powerful tools – not to mention time-savers – and enhances their appeal all the more.

Scientists hope that quantum simulations could even help find a cure for Alzheimer’s.

The international race for quantum power

Small wonder then that American tech behemoths like Microsoft, IBM, and Google are racing to build reliable quantum computers. But other parts of the world are also joining the race. Companies and universities across Europe, China, India, and Japan have also created quantum computing facilities, investing millions – in the case of China, billions – into the endeavor.

In the UK, a consortium of seven UK-based companies and universities are collaborating on two ongoing £7 million-plus projects to accelerate the process of making quantum computing business-ready. In Finland, the state-owned Technical Research Center recently received up to €25 million to design and build the country’s first quantum computer in a bid to boost the country’s competitiveness in this technology. And in China – also on track to become a quantum superpower – the Chinese president Xi Jinping has gone on record saying that quantum science could “open up a new industrial revolution.”

Quantum computers may change the world

All this fanfare is justified to an extent. The ability of quantum computers to simulate nature opens up possibilities for running simulations of chemical and biological processes and trying things out before testing new medicinal drugs or materials experimentally. That could mean more new higher-quality materials for batteries in electric cars, better and cheaper medicinal drugs, and greatly improved solar panels. Scientists hope that quantum simulations could even help find a cure for Alzheimer’s.

Quantum computers may also rapidly accelerate the development of artificial intelligence, predict financial markets, and improve weather forecasts. But perhaps their most impactful potential may be in cryptography, where they may come to play an important role in repelling big brother’s ever-watchful eye. There are namely rumors that intelligence agencies across the globe are storing up massive amounts of encrypted data for when quantum computers are up and running and ready to break the data – for traditional computers, the process is much too cumbersome and costly. Should this happen, quantum encryption will be the only recourse for regular citizens to protect their privacy as quantum encryption keys would not be able to be copied or hacked. That is to say, they would be completely unbreakable.

But quantum computing also has some pitfalls

Sounds like we have the future all mapped out, doesn’t it? But, again, we must not fall prey to overhyping a product. Microsoft and IBM now even prefer to eschew the term quantum supremacy, opting for the more realistic ‘quantum advantage’. This term encapsulates the point at which quantum computers allow you to do useful things that you couldn’t do before.

Thus the global race for quantum hegemony may be equivalent to kickstarting construction on Jurassic Park before fully grasping the dinosaur DNA.

This reservedness stems from the fact that quantum computers, though very efficient, are also very error-prone and frustratingly sensitive to interference, with high error rates and an extremely delicate superposition state. Hardware and algorithms will need to be developed to significantly lower those error rates and we are a long way from the type of technology that will be able to accomplish this. As for the fragility of the superposition state, in order to protect it, quantum computers have to be kept isolated from all forms of electrical interference and their temperature must be kept close to absolute zero on all units of temperature, at all times. In case the severity of that precaution doesn’t register with you; that temperature is colder than outer space.

The quantum computing industrial revolution is not yet here

While it is true that many projections place quantum computing’s revolutionizing uses in a distant future, it is already being experimented with today – in limited quantities of course – in the finance, insurance, and logistics industries, among others. But, again, in negligible quantities that are far from unlocking the technology’s true potential. In fact, impact-wise, at the beginning of the 2020s, quantum computing is analogous to the internet at the beginning of the 1990s.

And due to the technology’s temperamental nature, it is nearly impossible to accurately forecast a timeframe for rollout to companies and universities. It could be six years away or six decades. So while Google’s September 2019 achievement is a breakthrough, it is far from being a watershed moment in the development of quantum computing. Thus the global race for quantum hegemony may be equivalent to kickstarting construction on Jurassic Park before fully grasping the dinosaur DNA. Because at its core, quantum computing pits technology against nature, and if history – and to an extent, the present – has taught us anything it’s that interfering with nature’s process does more harm than good.