The Machine Learning Revolution And What It Means For Your Business 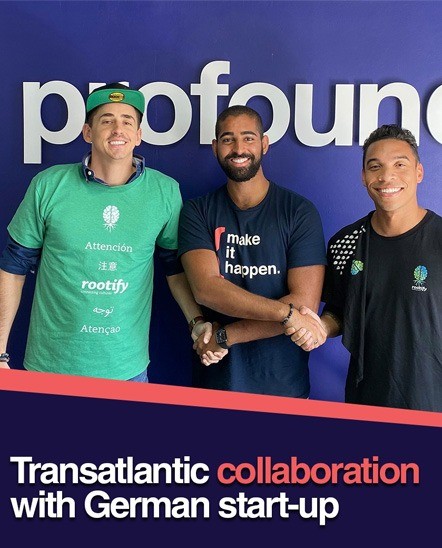 As a company, Profound is always looking for inspiring new ventures in innovation and entrepreneurship.That is why we are excited to kickoff a strategic partnership with the German social start-up Rootify.

Rootify is a start-up founded by Ehsan Allahyar Parsa, a German entrepreneur of Iranian descent, that pairs native speakers of various languages through an app. “Wait, how does that work?” you ask? Let’s say you have an Iranian man who just arrived in Germany and wants to learn German and a German woman who just happens to be interested in learning Farsi. That’s where Rootify comes in.

They both make a profile on the app, specifying that they are looking to learn a specific foreign language and can teach their native language, and then they swipe until their profiles match. And so begins their language-learning journey (it is no surprise that this app has consequently been dubbed in European media as the Tinder of languages).

Being a self-taught polyglot himself and having volunteered for years as a language mediator at an international organization in Germany, where he worked with several nationalities, Ehsan became acutely aware of the role that languages play in connecting different cultures.

It subsequently occurred to him to apply the knowledge that he had gained teaching himself so many languages (among which Spanish, Portuguese and Mandarin) into a scalable solution for people looking to integrate into different societies. Thus Rootify was founded in April 2018 and even in its early development stages, its creation has already lead to an audience with the German Chancellor Angela Merkel and the United Nations.

What the partnership will mean

So what does this partnership entail? On Profound’s end, the two companies will be working together in Profound’s fields of expertise, which will include redesigning the Rootify website, with the long term goal of eventually collaborating on Rootify’s app development itself. We are also in the planning phase of a crowdfunding campaign. And on Rootify’s end, it will facilitate Profound’s access to the business environment of continental Europe as it has already cornered the German market.

Thus this partnership will position both these companies to continue expanding their reach. 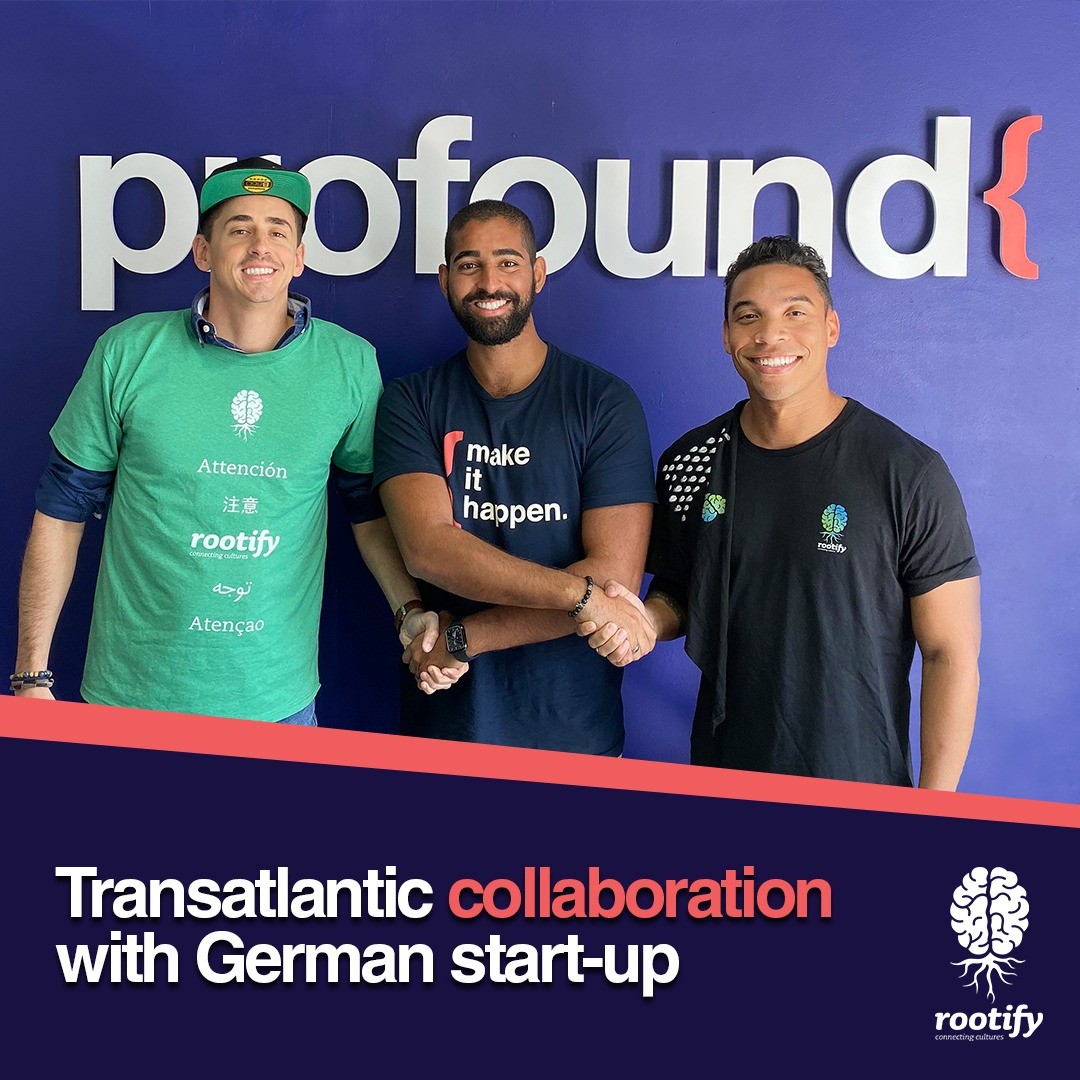