Profound Powers The Crowdfunding Of The Cathedral Of Thorns

Our Journey To Becoming A Happiness-Driven Workplace

Is Automation Really The Future?

Profound Powers The Crowdfunding Of The Cathedral Of Thorns 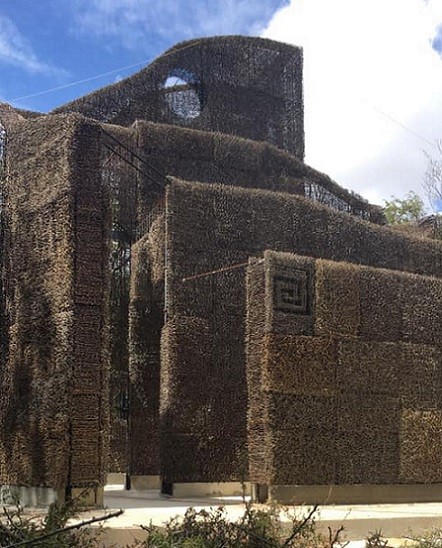 Profound has recently committed to powering the crowdfunding campaign of the local artwork known as Cathedral of Thorns by Dutch artist Herman van Bergen. This masterpiece will be officially opened on Sunday the 2nd of February 2020 at Landhuis Bloemhof.

So what is the Cathedral of Thorns?

Together with underprivileged young people and local artists, Herman van Bergen built a labyrinth with walls of thorns. This artwork shows the beauty and mystique of Caribbean nature and puts thorns in a uniquely flattering light, a contrast to how they are usually seen by locals and tourists alike as disposable weeds. And the Cathedral changes to gold when it is lit from within!

What drew Profound to this masterpiece?

We were inspired to do our part for this masterpiece by the positive effect it has had on the community. This artwork has namely offered a second chance to unemployed young people and served as a stage for various art disciplines. We also found the Cathedral’s embedded religious symbols of different faiths, a reflection of the Curaçaoan population’s daily practice of peaceful religious co-existence, a moving celebration of the island’s diversity.

This ten-meter-high work of art consists of 25 million thorns and has been 5 and a half years in the making. Check out some snippets from the journey of its construction below: