The Future Of Retail In The Caribbean 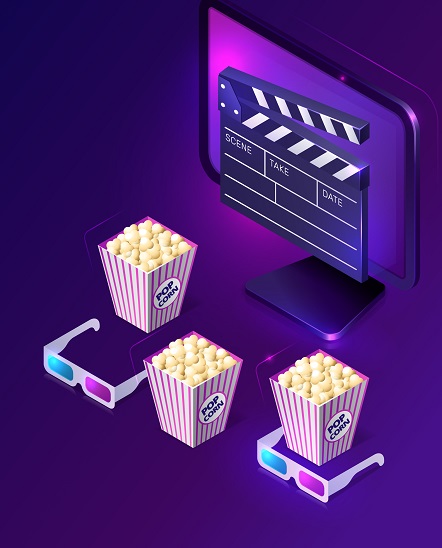 A year of tremendous growth for Netflix

2020 has been a banner year for Netflix so far, coming on the heels of a decade in which they essentially reshaped the way we consume entertainment. The company added nearly 16 million new subscribers in the first three months of the year, thanks in no small part to the exploits of the Tiger King during the lockdown period. And their popularity only continues to increase.

Though new challengers have entered the ring — Hulu, Apple, Amazon, HBO, and Disney have all launched streaming platforms following the success of Netflix — the streaming behemoth continues to laze back on its throne virtually unfettered. And it’s kind of justified; their content spending has reached major Hollywood studio levels — estimated to total nearly $18 billion in 2020, more than the combined budget of the industry’s big six movie studios (20th Century Fox, Paramount Pictures, Warner Bros., Universal Pictures, Columbia Pictures, and Walt Disney Studios, sometimes referred to as simply “the big six”) in 2017. Adding to that, in 2018 they also produced 80 original feature-length movies, this is also more than all of the big six combined.

And with their distribution darlings Roma, Marriage Story, and The Irishman becoming acclaimed Oscar-nominated art pieces, the platform has moved far beyond the realm of something to do on a Friday night when you don’t feel like going out (or for many in their 30s and up, a Friday night out). It has now become a burgeoning force in Hollywood.

And to think it started as a DVD-by-mail business that set itself apart by never charging late fees. How did this happen? How did this company go from late fees vanquisher to digital entertainment juggernaut to couch surfing Hollywood contender?

Two important decisions have been instrumental to their rise: the decision to replace the postal service with broadband streaming and the decision to give subscribers the option to choose from a queue of content. The former was made in 2007 by Netflix co-founder and CEO Reed Hastings and it has since catapulted the company’s number of subscribers from just over 1 million that year to just shy of 200 million this past June. Last year their annual revenue clocked in at $20.15 billion and, as we’ve previously seen, they’re investing that piece of spare change mightily in the production of feature-length content, leapfrogging their output past the major Hollywood players.

This clout has emboldened them to dive into more solemn Oscar-worthy dramas in recent years. And it paid off. This move nabbed them three Oscar wins for Roma in 2019 and one for Marriage Story at this year’s Academy Award ceremony — a ceremony for which they garnered twenty-four nominations overall, leading all studios, a historic first for a streaming service.

Not everyone in Hollywood is happy

But while the public continues to be in awe of how this entertainment wunderkind has muscled its way into a seat at the dinner table of the Hollywood elite, not everyone in the industry is thrilled to be passing them a plate. Netflix’s notoriously contentious stance on sending its features out for distribution in theaters has roused the ire of several in the business (they eventually eased their stance when they realized the potential of their films, which can only be eligible for Academy Awards if they have a theater run, however brief). This has made Steven Spielberg, in particular, very vocal in his disdain for their entry into Oscar contention. In 2019 he even lobbied with the Motion Picture Academy to adjust their criteria in a way that keeps Netflix films from being considered for Oscar nominations. And major theater chains have also been rancorous, spurning Netflix features — due to Netflix’s insistence on keeping the time between their movies’ theater run and their availability for home viewing short — and forcing them to be relegated to smaller independent chains.

But as we all know, Pandora has a strict policy on keeping her box open once it’s been unlocked. Netflix has sparked a shift in the entertainment industry and it looks like it might be irreversible — three of the big six studios have been compelled to start emulating their tactics. Warner Bros. and Universal Pictures have also started expressing an interest in shorter theater runs and Walt Disney Studios, which launched a streaming service of its own late last year, has started laying the foundation for cutting out theater distribution for its movie productions altogether à la Netflix. So if those major movie theater chains are not careful, they could go the way of Blockbuster — much like Netflix has made the feel of being inside a DVD rental store all but disappear from our collective memory, so too could they bring an end to the feel of being in the padded seats of a movie theater.

The next step in the evolution of entertainment

Since the advent of television, our entertainment consumption has primarily been in the hands of a select group of large and well-funded Hollywood studios and TV networks. There is no denying that Netflix has rocked that structure to its core but they do not stand alone at the vanguard of this disruption in entertainment. YouTube has also been a major technological player — the site receives a billion-plus visitors a day. Regular Joes have become as bankable as big-name Hollywood stars thanks to the content they create on the platform (a seven-year-old boy from Texas recently made over $22 million in a year reviewing toys on his Youtube channel Ryan ToysReview).

And the fusion of technology and entertainment does not end there, there are currently steps being taken to also incorporate Artificial Intelligence (AI) into feature films and TV shows in several forms. One of particular note is the full-body deepfake —  a portmanteau of the phrase “deep learning” and the word “fake”, this is synthetic media in which a person in an existing image or video is replaced with someone else’s likeness, allowing the creator of the media to manipulate their facial movements and speech. While this technology was initially limited to a person’s face (and has been used for slander on several occasions), in 2018, a group of researchers at the University of California developed a way to use AI to do this for an entire body, manipulating its movements in addition to its speech. And they are putting this technology in the hands of anyone who downloads the deepfake app.

The implications of this AI-driven innovation are monumental for the entertainment industry. Hollywood studios could namely start using it to create productions with beloved stars who have long passed away by superimposing someone else’s present-time movements on old footage of their performances. Granted, this may initially raise a few eyebrows.

With all these developments in play, it’s safe to say that we are standing at the dawn of the next frontier in entertainment, with a far-reaching impact that could very well bring a new dimension to how we interact with movie theaters and what it means to be a movie star. And at the end of the day, it’s all largely thanks to Netflix.