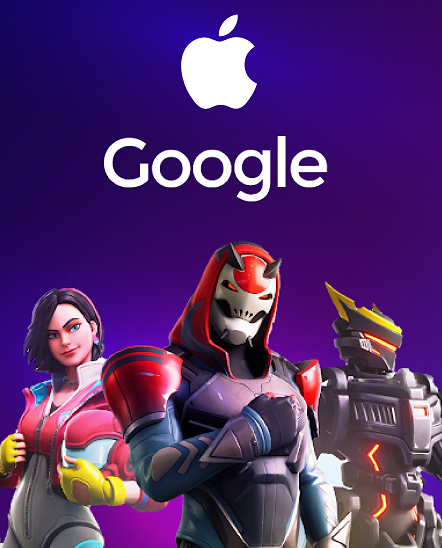 The internet is in the throes of a skirmish between game publisher Epic Games and tech giants Apple and Google. This following Epic Games’ lawsuit against both for removing Fortnite, Epic Games’ supremely popular online video game, from their app stores. And judging by the recent release of their viral video — in which they, not so subtly, cast Apple as a villain — Epic Games is very committed to this fight. And #FreeFortnite has become their battle cry.

So what started all of this? Apple and Google take 30% of all in-app payments their app stores make. This evidently really stuck in the craw of Epic Games. So they decided to find their way around Apple and Google and announced last Thursday that they will offer a permanent 20% discount on Fortnite’s in-game currency if players purchase directly from Epic. In so doing they bypassed in-app payments on both iOS and Android devices. This, in turn, roused the ire of Apple and Google and they subsequently banned Fortnite from their app stores.

The rest is history.

But if you think this is a tale of David versus two Goliaths, think again. Apple and Google may have a combined market value of $3 trillion, but Epic Games is far from a novice. Fortnite alone brings in $5 million a day for this game publishing heavyweight. And Epic Games is not alone in its rebellion. Other household names like Netflix and Spotify had previously withdrawn their support for app store purchases. They also encouraged their subscribers to circumvent Apple and Google and purchase their products directly from their websites.

And since their video went viral, more companies have swelled the ranks of Epic Games. This list includes Facebook. And the timing couldn’t be worse for Google and Apple. They are among the big tech companies currently facing antitrust investigations in the U.S. — lawmakers and privacy advocates are pressing to restructure the laws that regulate the conduct and organization of these corporations to promote competition for the benefit of consumers. Could Epic Games have just cast the straw that will break these camels’ backs?

Check out their viral video here: