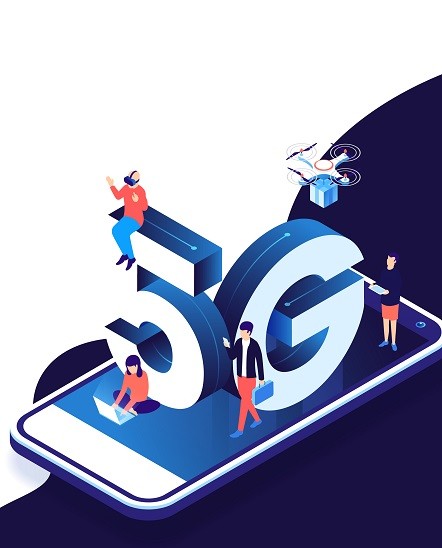 5G internet for all

The birth of this decade has seen the emergence of several phenomena that are shaking up societies around the world and may set the tone for our way of life moving forward. Universal high-speed internet is among those far-reaching global trends set to define a generation. Since 2013, a project titled Project Loon has been underway to provide 5G-speed internet coverage — with which you can download a full-length movie in the time it takes you to read a sentence — to billions of people across the globe through high-altitude balloons launched into the world’s stratosphere.

Now in 2020, the project has made significant strides in developing the technology and product design necessary to bring this level of high-speed internet to the masses — everywhere, at all times, and at nearly zero costs. You can be on top of a mountain or wandering around the Sahara desert and not miss a beat of your favorite YouTube videos. This has many promising implications.

A connected world is an improved world

Universal access to 5G-level internet speed is very likely to bring about universal progress. A connected world can namely see the timely spread of relevant information such as news and education, the creation of banking and shopping opportunities for far-off areas, and the extension of healthcare access to rural, disabled, or isolated populations.

It can also yield broader career opportunities, give more people the ability to work remotely, aid environmental damage and natural disasters, and widely circulate information on social causes to spread awareness, raise funds and bring worldwide attention to injustices. The international reach of the Arab Spring in 2011 and the recent global explosion of #BlackLivesMatter movements are key examples of the impact this can have.

Mass use of 5G speed internet is also likely to take digital advertising to unprecedented levels and this is particularly interesting to dissect.

AR glasses — transparent eyewear that projects information and graphics from the internet on what you see in front of you — are ushering in a new era of reality that blurs the line between the physical and the digital. This era is often called the Spatial Web and it will overlap digital information with physical environments by intersecting powerful Artificial Intelligence (AI) technology with high bandwidth 5G connections, AR eyewear, and an emerging global economic infrastructure that connects billions of IoT devices, each with a dozen sensors — the trillion-sensor economy.

This presents opportunities for advertising.

Imagine a scenario, sometime in the future, in which you’re going over to a friend’s house with AR glasses on. Sensors track the motion of your eyes as they linger over her new kitchen decor and feed this information to your AI. And through your search history, your AI also knows you’ve been considering remodeling your kitchen. In this scenario you have your smart recommendation preferences turned on and because of that cabinet prices, design, and color choices quickly fill up your field of vision, powered by your 5G internet speed. If you think this echoes George Orwell’s 1984, you’re not far off the mark. But here’s the kicker; Google and IKEA have already rolled out early versions of this technology to the public — Google Lens and the IKEA AR app respectively. The latter can even walk you through assembling what you bought step-by-step. And people are eating it up, consumer adoption rates have been on the rise.

Satellites are also entering the fold

As if balloon-powered 5G internet coverage isn’t already a big enough juggernaut for powering a connected world, companies like Amazon and SpaceX are also bringing outer space into the fray. They have unofficially kickstarted a new kind of space race, each aiming to deploy thousands of satellites (in the case of SpaceX, tens of thousands) into space to provide high-speed broadband internet to underserved communities around the world, many of which currently don’t even have internet access of any kind.

Sixty-six of the SpaceX satellites are already in orbit and the launch of over a thousand more was slated for some time in 2020, as part of its Starlink constellation.

A world of prosperity

One way to view this acceleration of technology is as part of a continuous march toward global prosperity. To be sure, this does not mean a life of luxury for all, but it does mean a life of opportunities, which is equally valuable. If not more. Aside from changing advertising as we know it, the combination of AI, 5G internet speed, and AR will also provide low-cost education, entertainment, and healthcare to nearly every human on the planet, regardless of geography or socioeconomic status.

There are, of course, reasons to disagree with this view. The gap between the wealthy and poor grows ever wider and the notion that there’s an easy solution tucked inside our technology has been criticized as techno-utopian. To say nothing of the risk for the environment — the balloons of Project Loon use helium, which is an endangered and nonrenewable resource.

But conversely, the cost of unsubsidized renewable energy continues to drop, while both high-speed digital connectivity and the availability of cheap, capable devices are both rising dramatically. And with some of the world’s brightest minds currently working to include every member of the global population in the scope of these advancements, even the staunchest cynic has to admit: the future has some silver lining to it.